A Father's Tale of Stress and Success 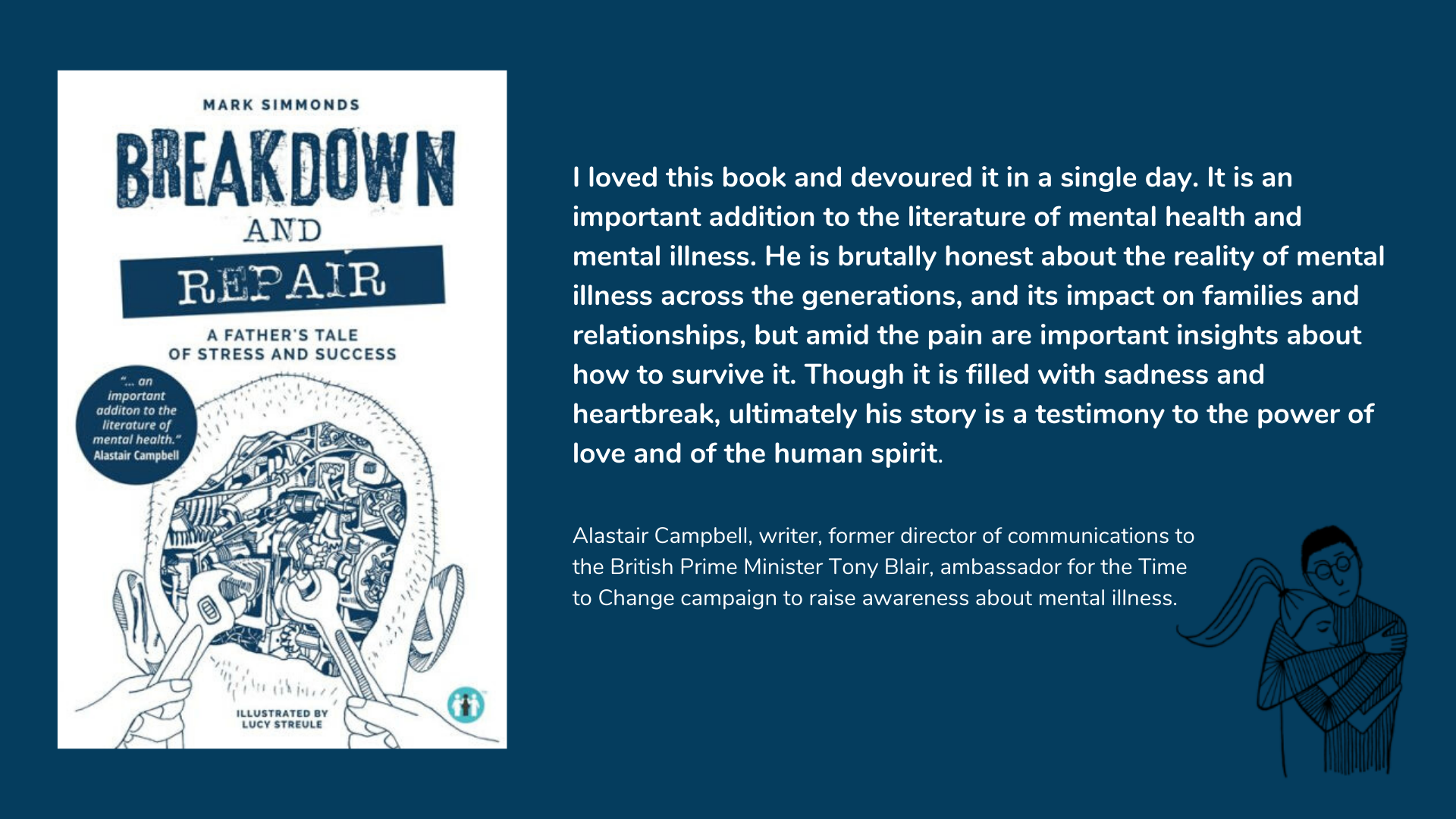 Mark Simmonds' life was mapped out from the very beginning: go to university, climb the corporate ladder, marry and have children. But life isn't so easy, and success is hard to manage. After making what seemed like the right move in his career, Mark suffered from increasing levels of stress and anxiety, leading to his nervous breakdown.

As the ground he’d stood on for years started to crumble, Mark did something he never thought he'd do: he stepped back from his work to focus on creating a balance in his life. But then his world fell apart for a second time when his daughter, Emily, became anorexic. Finding strength he never knew he had, Mark fought alongside Emily, both lost, both scared, but finding solace in one other.

Breakdown and Repair tells the touching tale of a father saving himself by saving his daughter.

The honesty and vulnerability that Mark shows in sharing his story is an inspiration to us all. Every story that we share is like sending a lifeboat out into the ocean for those who are suffering in silence. Thanks Mark, for sending out another lifeboat. (Geoff Mcdonald, Co-Founder of Minds@Work)


Almost 20 years ago, Mark Simmonds attempted to take his own life while suffering from severe depression. Just a few years later his daughter Emily was diagnosed with anorexia.

Now a member of our TM team, Emily and her dad join us to share their story for #WorldMentalHealthDay pic.twitter.com/k6R56qJBLZ

Mark Simmonds was born in Nairobi, Kenya in 1962 to an English father and a Polish mother. He is married to Mel with three grown up children, Will, Emily and Jack. And a mad cat called Maisie!

During a career spanning 25 years, Mark has worked as a management trainer. He has run learning programmes in innovation and creativity for corporate giants like Unilever, GlaxoSmithkline, Philips and HSBC right across the globe. A job he has really loved! Along with his business partner Hanne Kristiansen, he now runs a small agency called Creative Creatures.

Throughout his life, Mark has struggled with pressure and anxiety, and back in 2001, he suffered a nervous breakdown, brought on by work-related stress. This culminated in four months sick leave and a failed attempt (luckily) on his own life. During the last six years, Mark has utlised his experiences of mental ill health in his capacity as a carer, helping his daughter battle against anorexia nervosa.

His book, Breakdown and Repair, brings both episodes to life very openly and honestly. By collaborating with the young and talented illustrator, Lucy Streule, his aim is to make the topic of mental health accessible to all by exploring the light side of darkness.

In response to the Coronvirus pandemic, Mark and his son Jack recently launched a YouTube channel that provides tips and tricks for surviving and even thriving when working at home.

To learn more about Mark, you can connect with him on LinkedIn and Instagram.