Brains as Engines of Association:
An Operating Principle for Nervous Systems 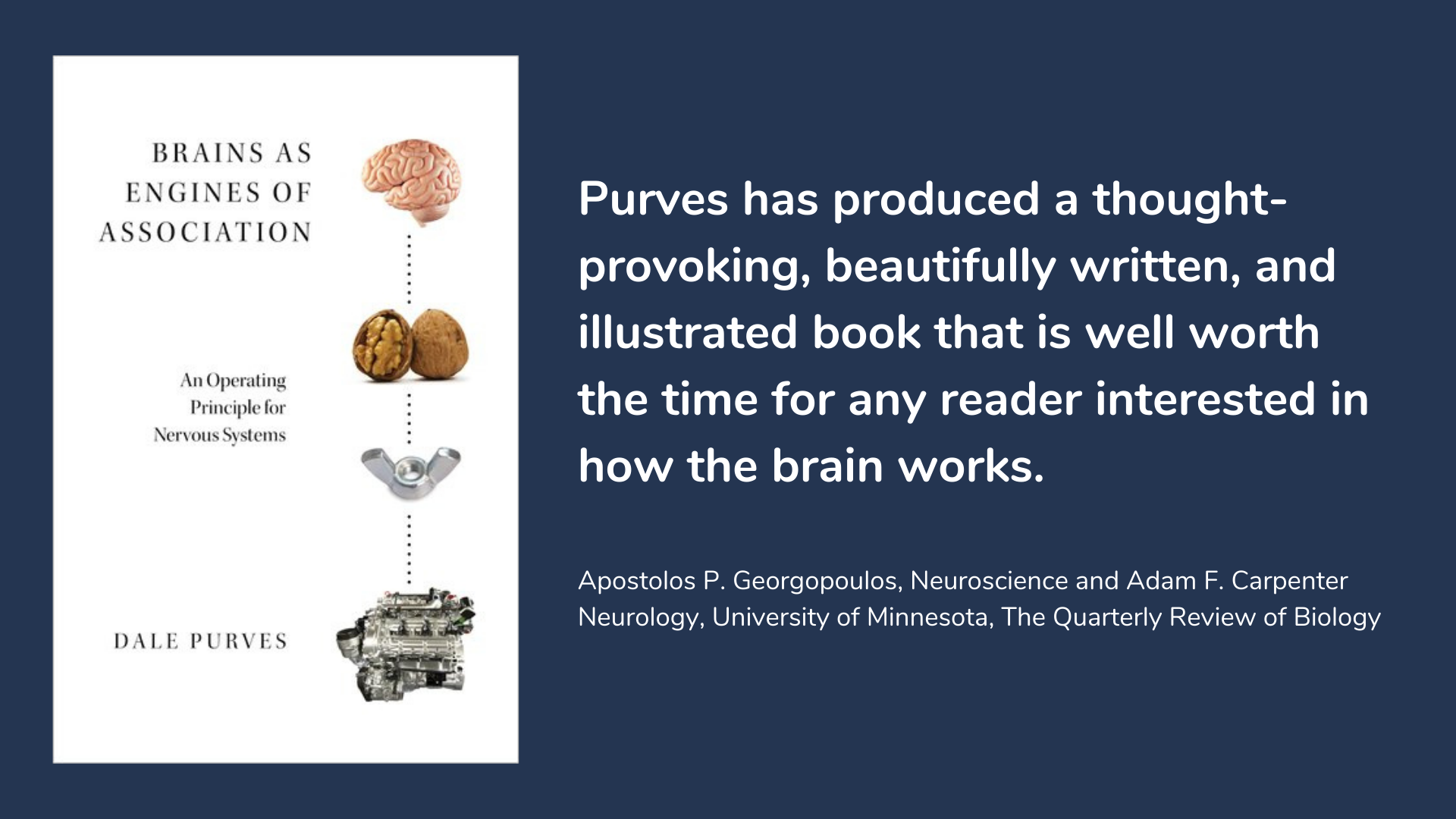 Brains as Engines of Association tackles a fundamental question in neuroscience: what is the operating principle of the human brain?

While a similar question has been asked and answered for virtually every other human organ during the last few centuries, how the brain operates has remained a central challenge in biology. Based on evidence derived from vision, audition, speech and music - much of it based on the author's own work over the last twenty years - Brains as Engines of Association argues that brains operate wholly on the basis of trial and error experience, encoded in neural circuitry over evolutionary and individual time.

This concept of neural function runs counter to current concepts that view the brain as a computing machine, and research programs based on the idea that the only way to answer such questions is by reconstructing the connectivity of brains in their entirety. This view also implies that the best way to understand the details of brain function is to recapitulate their history using artificial neural networks. While this viewpoint has received support in the last few years from work showing that computers can win complex games, the brain plays a much more complex game - the "game" of biological survival - which Purves concludes is based on trial-and-error experience.

Purves has spent his career on the leading edge of decoding the nervous system. He consistently forwards new hypotheses to make sense of the phenomena that define our reality, and this book seeks to lay bare his insightful framework." (David Eagleman, PhD, neuroscientist at Stanford, creator of The Brain on PBS, New York Times bestselling author)


Brains as Engines of Association is available to buy from your local bookseller and online internationally from Amazon.

Dale Purves is Geller Professor of Neurobiology Emeritus at Duke University, where he moved in 1990 as the founding chair of the Department of Neurobiology. He was subsequently Director of Duke's Center for Cognitive Neuroscience and the Director of the Neuroscience and Behavioral Disorders Program at the Duke-NUS Graduate Medical School in Singapore. His research has sought to explain why we see and hear what we do. He is a member of the National Academy of Sciences, the American Academy of Arts and Sciences, and the National Academy of Medicine. A critically acclaimed author, his other published work includes: Why Brains Don't Compute (Springer, 2021) and Music as Biology: The Tones We Like and Why ( Harvard University Press, 2017)

Know Someone Who Would Be Interested In Reading Brains as Engines of Association?