A Psychological Analysis of Adolf Hitler 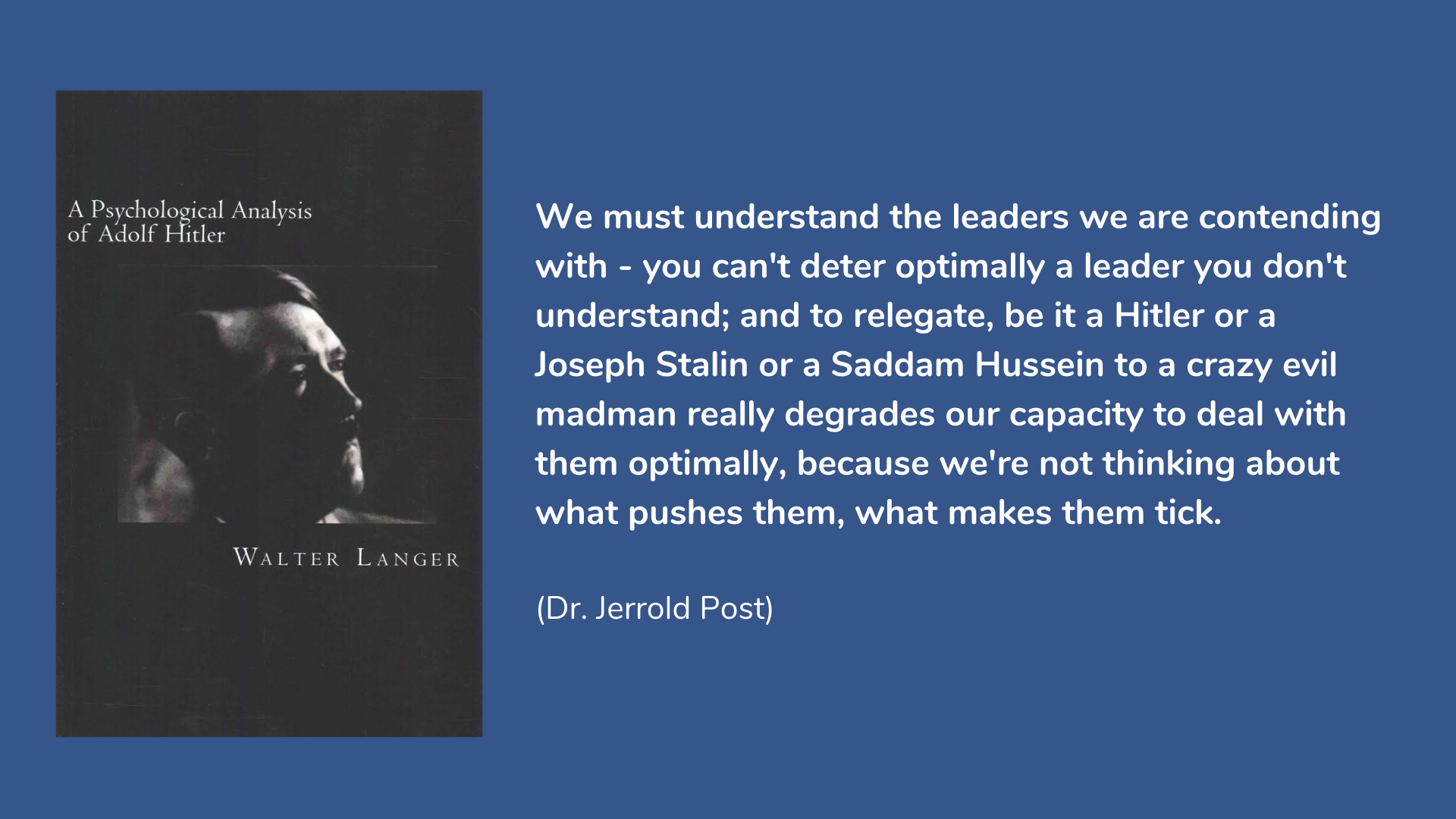 In 1943 William Donovan the director of the Office of Strategic Services (the forerunner to the CIA) approached Harvard psychologist Walter Langer and asked him to construct a psychological profile of Adolf Hitler.

Despite his reservations regarding the reliability of the data upon which his analysis would be based, Langer set about this unprecedented task by putting together a team of psychologists and researchers. Langer and his research team had just five months to produce their findings, in which time they interviewed key informants who knew Hitler personally and drew upon over 1000 pages of background research from a document known as The Hitler Source Book.

In order to try and understand Hitler as a person and the motivations underlying his actions, Langer presents his psychological profile within five specific sections

1. Hitler as he believes himself to be.

2. Hitler as the German people know him.

3. Hitler as his associated know him.

4. Hitler as he knows himself.

Freudianism at its Height

In constructing a psychological analysis of Hitler, Langer drew heavily upon the ideas of Sigmund Freud, most notably the developmental influence of early childhood experiences. As such the report provides the reader with a fascinating window into the mechanics of Freudian analysis. Among the issues discussed within this paradigm are:

A Classic in The History of Psychology

Langer's report on Adolf Hitler not only showcased the dominant discourse of psychological analysis at the time, but it also served as the catalyst for the development of political profiling as a discipline.

Without doubt the greatest legacy of Langer's report was the influence it had on the field of political profiling. Dr Jerrold Post cites Langer's analysis of Hitler as the inspiration for the profiling unit he established at the CIA in the 1970s; which would subsequently go on to profile every important world leader.

A Psychological Analysis of Adolf Hitler is available to order in print and kindle versions from Amazon.

All About Psychology has its own Amazon store, which includes a collection of the most important and influential journal articles ever published in the history of psychology, which you can access via the following link.


Back To The Home Page