6 Utterly Bizarre Brain Disorders
You Will Not Believe Are Real 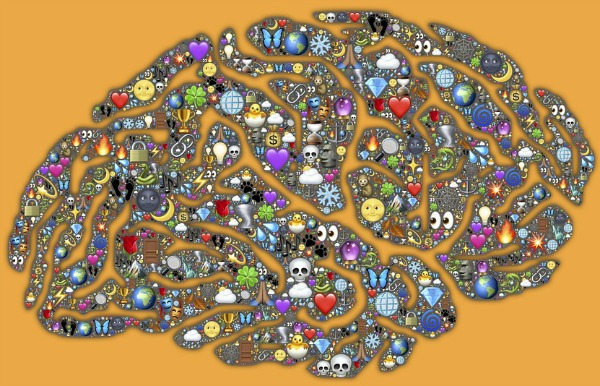 Ah, the human brain. The most complex thing in the known universe, capable of playing host to a world where reality is most definitely stranger than fiction! Ready to have your mind blown! For people with the following brain disorders this has already happened, literally!

A delusional condition most commonly associated with dementia, particularly Alzheimer's disease where a person is unable to recognize their own reflected image and therefore sees a stranger rather than themselves when looking in a mirror.

Originally named De Clérambault’s syndrome, after the doctor who first described the condition in 1921, erotomania is a rare disorder where a person, usually a woman harbors the delusional belief that a person, usually an older man of higher status has fallen in love with them. The condition can exist in its own right or part of a wider psychotic disorder such as schizophrenia.

In one reported case a woman went to the home of a news presenter to announce that they were to be married. When she attempted to remove the news presenter's wife from the house, the police were called and the woman was escorted to a local psychiatric hospital.

Within the context of the criminal justice system, erotomania is a common psychiatric diagnosis among women who stalk. The most famous example of which was Margaret Mary Ray who stalked late night TV show host David Letterman.

A rare neurological condition which leads a person to believe that a close acquaintance, usually a parent, partner, child or sibling has been replaced by an imposter. Capgras syndrome can occur in a number of organic brain diseases such as Parkinson’s disease and Alzheimer's dementia.

The syndrome is named after Joseph Capgras, a renowned French psychiatrist who was instrumental in raising awareness of l'illusion des sosies (the illusion of doubles). Like the woman who believed that her husband, children and many of her friends had been replaced by impersonating doppelgängers; a case Capgras first reported in 1923.

A thankfully rare disorder which can result in the delusional belief of being dead. The condition is named after French neurologist Dr. Jules Cotard, who published details in 1880 of the strange case of a 43-year-old woman who believed that she had no brain, nerves, chest, or entrails. Dr Cotard believed that he had identified a new type of melancholic depression whose symptoms included thoughts of damnation or possession, suicidal behaviour, insensitivity to pain and delusions of nonexistence!

There is, however, an even earlier account of a person fostering the disturbing belief that they are dead. In 1788 a report by Charles Bonnet appeared in Gnothi Sauton (the world's first psychological and neuropsychiatric journal) which documented the case of a 70 year-old women who began to claim that she was dead and should be buried! In describing the case Bonnet noted:

"Every effort was made to dissuade her from this ridiculous delusion. Her daughter and servants made it clear to her that she was not dead but still alive. All was in vain...Eventually everybody thought it was necessary to dress her like a corpse and to lay her out in order to calm her down".

An extremely rare genetic disorder which leads to calcification of the brain, (think limescale deposits in your kettle). As Urbach-Wiethe disease progresses there is one part of the brain where calcification is likely to occur - the amygdala. The amygdala is basically there to keep you safe. It's a threat detection system, which when necessary, will trigger a biological state of fear by way of a bodily response e.g. your breathing speeds up and your heart begins to race. For some people suffering from Urbach-Wiethe Disease, the threat detection system within the amygdala is effectively destroyed, resulting in a complete and utter lack of fear!

The most studied person to exhibit total fearlessness as a result of Urbach-Wiethe disease is known as SM. In one famous study, SM was subjected to a range of fear inducing experiences e.g. direct exposure to snakes and spiders, a visit to a haunted house and watching clips from scary films such as the 'The Ring' and the 'The Blair Witch Project'; none of which were able to elicit a fear response.

A term which comes from the German word for joke (Witz) and addiction (Sucht), Witzelsucht is a rare brain disorder associated with brain tumors, strokes and infections whose neurological symptoms include compulsive pun making and inappropriate joking!

The notion that a change in a person's sense of humor may be symptomatic of neuropsychiatric disease can be traced back as far as the 1880's when pioneering neurologist Hermann Oppenheim published details of patients with right frontal lobe tumors who appeared addicted to sarcastic joking.

Fascinating video featuring Consultant Forensic Psychiatrist, Dr Sohom Das (MBChB, BSc, MSc, MRCPsych) in which he discusses the bizarre case of Mr S. and dives into some of his old cases to explore formal psychiatric delusional disorders and syndromes and how these disorders can be subtle signs of an underlying diagnosis.


Go From Bizarre Brain Disorders Back To The Home Page