How I Learned To Stop Trying To Fit In

Eloise Stark, DPhil student in psychiatry at the University of Oxford. 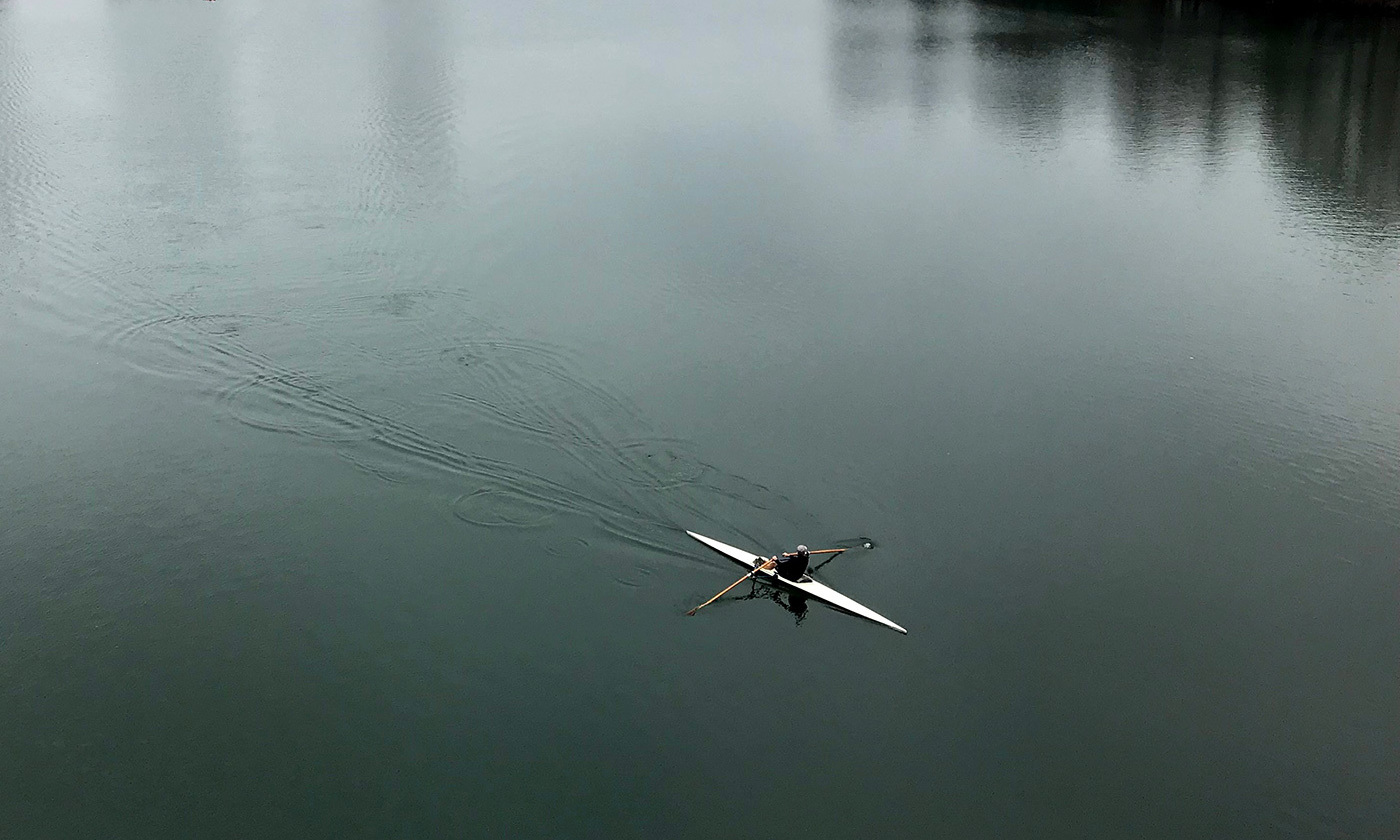 My name is Eloise and I am many things at once: I am a graduate student at the University of Oxford; I am a tutor, a rower, a feminist, a granddaughter, a daughter, a sister, a stepsister, a friend. I am also autistic.

I was diagnosed several years ago, aged 27. But, looking back, the signs were always there. I have always harboured intense ‘special interests’ that form something between a passion and an obsession. For instance, as a child, I was obsessed with collecting Barbie dolls, not to play with, but to create the ‘perfect’ Barbie doll home, complete with furniture made from cardboard cereal boxes and copious amounts of glue and glitter. Most neurotypical people have favourite interests, but theirs are more akin to hobbies, which they can put on hold if life is busy. For autistic individuals such as me, the opposite is true. We often need these special interests to stay sane in a world that can be so bafflingly complex – such interests can provide predictability, focus and great reward.

My interest in plastic people has since morphed into a deep fascination with understanding real people. Today I feel fortunate to study psychology as part of my PhD. Another of my special interests is literary fiction. Since I was small, I’ve read voraciously. What I found most enticing about literature was the possibility of learning social rules, expectations, how to cope with challenges and much more, all from the comfort of my armchair without the risk of saying the wrong thing or making a mistake. Again, this is typical for many autistic people, particularly women but also many men, who learn about the social world explicitly through pursuits such as literature, but also soap operas, films and closely watching significant others. We then use what we have learnt in social situations, to ‘camouflage’ our lack of social instinct, and behave according to the social rules of the specific situation.

Unfortunately, immersing myself in literature did not equip me with all the understanding and skills I needed to cope with the complex social rules of teenage life. When I turned 13 and moved to senior school, that’s when things went wrong for me. I didn’t understand the social rules in the enormous concrete monolith that became my hell, and I began to be badly bullied. For instance, a girl once spat at me in the corridor, at which point I informed her that spitting on someone is considered an offence of common assault under the Criminal Justice Act. This prompted a lot of laughter from the girl and her friends, only escalating the situation. I thought it would deter them at the time, but looking back I didn’t understand how to ‘keep my head down’ and stay out of harm’s way.

The bullying left me highly anxious, constantly feeling as if the bullies were about to burst out of my wardrobe. I wouldn’t go out in public if I could help it, and nightmares plagued my sleep.

The American author Paul Collins, whose son is autistic, wrote in Not Even Wrong: Adventures in Autism (2004) that: ‘Autists are the ultimate square pegs, and the problem with pounding a square peg into a round hole is not that the hammering is hard work. It’s that you’re destroying the peg.’ I can say from my own experience that the social pressure of growing up can be a toxic environment for us autists as we are forced to conform to the norms or stand out and risk bullying and trauma.

With hindsight, the next warning sign that I was autistic was my first experience of university, at a place I’d like to forget, to study English literature. I arrived with a car-full of books, and was shocked at the person who parked next to us unloading crates of alcohol. I struggled immensely with the social side of university including the loud bars and clubs, which assaulted my senses and left my ears ringing for days afterwards. I left after two terms.

Fast-forward a few years and I tried again, this time to study experimental psychology at Oxford. It was glorious to feel intellectually stimulated by the subject of the human mind, and I could work passionately for all hours and avoid the clubbing and the more socially overwhelming aspects of university without anyone thinking it strange. I had found my intellectual niche: I could pursue my special interest – people – and I even found a new special interest in rowing. The neurotypical world can be jarring, but I learnt at Oxford that autistic people, like orchids, can flourish in an environment that suits us. For instance, I know of a successful autistic man who loves boardgames, and he works in a boardgame café. I would like to believe that there is a niche out there for every autistic individual, even if it might require a little understanding from others and some adjustments such as removing bright lights to reduce sensory overload.

At this stage, my mental health was the best it had been for a long time. However, bad things can happen unexpectedly. I was walking across Magdalen Bridge in Oxford with my good friend Tess in 2012. We were carefree, chatting about our gap year together and enjoying the sunshine. A man walking past us suddenly jumped on me with his hands around my neck and tried to strangle me. I struggled, and eventually got away. I thought how bizarre it was that this awful thing had happened, and yet I still found myself conscious and breathing. Nothing had changed, but everything had changed too.

Following the attack, I developed a recurrence of mental-health problems from my youth. I grew more and more unwell. I was anxious, obsessive, depressed, and began to have suicidal feelings. I was overwhelmed by the world, by just being, and didn’t know how to cope with it.

I poured my limited mental energy into my academic studies to hide my growing unhappiness, and I won a competitive scholarship to begin a PhD at Oxford. But I still felt ‘different’ and had never truly dealt with my mental-health problems. The stress mounted. In one desperate moment, I went online and bought every self-help book I could find. I spent a week huddled in my room trying to cure myself through education. When the realisation hit me that this was unlikely, I reached rock-bottom. I was admitted to hospital, yet every clinician disagreed on my diagnosis. Most remarked that they felt they were ‘missing something’.

Eventually, I had an appointment with a top psychiatrist in Oxfordshire. I spent three hours with him talking in depth about my life, my mental health and my feelings of being different. After this mammoth session, he turned to me and said: ‘Eloise, I believe that you are autistic.’ He informed me that female autism is more difficult to detect because we tend to be better at ‘camouflaging’ our social difficulties. At the same time, he explained how the pressure of relentlessly trying to fit in can have an understandable toll on our mental health.

Receiving this diagnosis was a huge relief. Finally, someone was sure about something – to an extent, I didn’t care what it was, I just wanted an answer. Now I had an explanation for why I had always felt different.

I eventually returned to studying for my PhD. I love my studies and it has probably become one of my special interests. I look forward to every single day spent in the lab, whether I’m analysing neuroimaging data or writing academic papers. Eventually, I began to apply my critical mind to the question of autism. You could say that it has become one of my special interests. I mused upon my own situation with the goal of helping others like me too. I can’t rewind the past and make up for all of the bad experiences I have had. But I can use them to help me to help others. Autism fascinates me for its scientific conundrums, but also because I’ve lived it and I know how it feels.

Early on, I felt a huge resistance to being different. But I’ve grown to realise that it’s not about being different for the sake of being different, it’s about being the most authentic version of yourself, particularly in relationships, because sharing and expressing one’s true self with others can increase openness, sincerity and trust. I think a large part of my journey has been to accept myself the way I am and to stop trying desperately to ‘fit in’. I am who I am, I’m autistic and proud, I’m different, and for the first time in my life, I’m okay with that.